They All Have A Strike 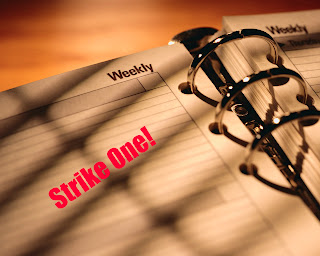 As I wrote in my original post pertaining to this Strike System, I believe in empowering children. This helps them to learn from mistakes, understand the importance of making decisions, and feel important. With all of that in mind I worked with my daughter, who thinks it would be a great idea if kids wrote parenting books, and supported the Strike System.
Let me just say that I've already used it and for me, it was quite easy, and liberating.
The rules are simple: There is a goal at the end of the week for a Fun Friday Night. During the week, misbehavior, which is primarily based on listening and me not having to repeat myself three seven or eight times, results in a strike. That's it. Super simple. So far, there is one strike already on the family calendar. What drove me to it? Nothing unusual, just trying to do something fun.
We spend our summers at the pool. The kids like it, I like it. It works or everyone. The challenge- getting everyone dressed in bathing suits and out the door. In my opinion this shouldn't be difficult since it involves doing something FUN. Or so I thought. After asking my darling people several times to get ready, with no one ready, I lost it and rather than scream and yell, there was a strike. That's it.
Next strike, I get to decide what is taken away from our Fun Friday Night. It could be pizza. Could be television. Could be dessert (we like to make homemade ice cream together). We'll see, but what I can say is that after that strike, everyone was promptly dressed and out the door to have fun at the pool.

Posted by Tracy MacDonald at 6:00 AM No comments: 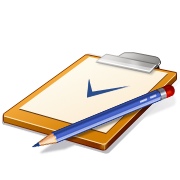 This week Mom and I are trying the Strike System. During the Strike System Mom will be looking out  for certain things such as  cleaning up after ourselves and making the bed. She will also looking for stuff behavior-wise too. Such as listening, no stalling at bedtime and finishing dinner. Last, but not least, Mom will look out for simple stuff like table manners, no TV on week days until our work is done. Every time we disobey one of the above then... BOOM! A strike. Sometimes if you're really good and really try your hardest to listen and you already have a strike maybe Mom may take the strike away. Remember to be on your best behavior! Enjoy!
Posted by A at 9:38 AM No comments: